The winter track team already has broken records halfway through its season. The team is led by coaches Tony Avallone and Jonathan Salamon, and four captains: seniors Kelsey O’Kelley and Hannah Reynolds, and juniors Olivia Almeida and Caroline Meany. 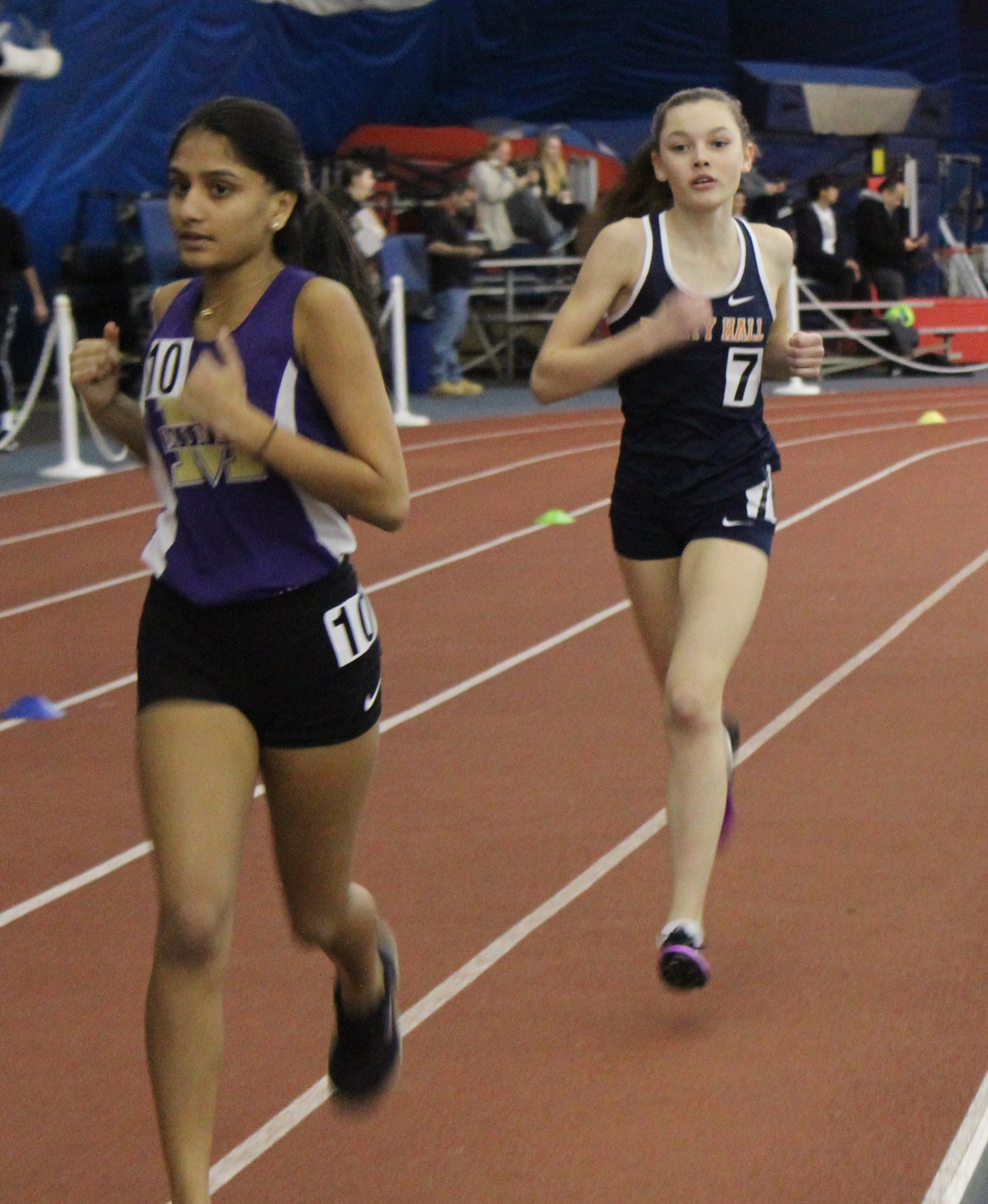 Freshman Kathleen D. (right) sprints to the finish at the Toms River Bubble on Dec. 20. (Photo by Isabella Giallanza)

Practices officially began at the end of November and the team had its first scrimmage at Red Bank Regional on Dec. 12. The coaches used this meet to identify which events best suited their runners. On Dec. 16, a limited group of runners traveled to Staten Island to compete at the Ocean Breeze Athletic Complex. Sophomore Ally Lawson set a school record in the 1000-meter run with a time of 3:20.70.

Over winter break, the team competed at the Egg Club Invitational at the Toms River Bubble on Dec. 20. In the 4x200m relay, junior Ryen Miller, Reynolds, sophomore Gabriella Sorrentino and sophomore Charlotte Walsh tied the school record. The same 4x200m group broke the record on Jan. 4th and placed fifth overall with a time of 1:53.75 at the Monmouth County Relays in Toms River.

The two coaches are proud of their young team and have high hopes for the future. “It’s exciting; the girls [have] enthusiasm to work hard, they’re competitive all the time and they’re a fun group to coach,” Avallone said.

The team has faced challenges during the first half of the season including inconsistent winter weather, an imbalance of sprinters and distance runners, and a lack of throwers and jumpers. Now the team faces a new challenge.

“Coach Salamon is being deployed in the military later in January. We are trying to get as much out of his training and knowledge as possible before he leaves, but we know it will be hard for us,” Reynolds said.

The runners look to expand on their successes in the second half of the season, where they will compete in several more championship meets.